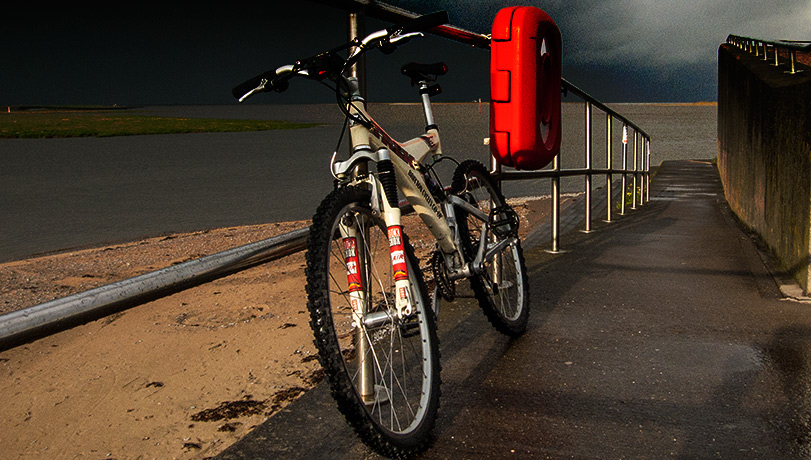 Just as people do today with their smartphones, my wife and I took pictures of our children, family and friends but back then using the Kodak mass produced and quite cheap “Instamatic” cameras of the time. Print processing was a huge and highly competitive business with the High Street shops like Boots the chemists competing with mail order companies that not only developed your prints but sent you back a ‘free film’ too. Looking back these cameras didn’t have the greatest lenses nor produce the sharpest results but they did capture the “moment” and that was worth doing then as it still is today.

It was during the mid/late 1970s that I first became interested in the idea of “serious” photography using a camera where you controlled the settings but with a young family to bring up, money was tight. A friend of mine offered to loan me an old Twin Lens Reflex Yashica camera which he had bought second hand whilst an art student, it was pretty battered and prone to jamming however there was a technique to free it when this happened without wasting film so it was fine for me to use.

It’s widest aperture was f3.5, it’s fastest shutter speed 1/500th which combined with not having a viewfinder prism to correct the image you were looking at which is the way TLRs are, made it a piece of kit you really had to work hard with to get used to. I can remember him saying that “It will teach you all you need to know about photography” and in a sense he was right though not quite in the way he perhaps thought.

Eventually I returned it to him but just before my divorce broke out in 1986, I bought a brand new version of that same camera the Yashica 124G which I still have to this day and still use from time to time. Although no action camera, the 2¼ x 2 ¼ ” or 6cm x 6cm negatives are huge compared to 35mm so that even in the digital age are far easier to convert from analogue into truly useful digital images.

For fun I once scanned a slide up to 1Gb in size which was rather over the top but when it comes to scanning slides, the size of the 120 film makes it far easier than 35mm where the original negatives are far smaller.

However and going back to the original Yashica that I borrowed, there was one other key element over the years I used it which had a major impact on my photography and that was developing my own slides at home. Given a wish back then I would have loved to have had my own darkroom but money and physical space ruled that out however without the need for a dark room instead, just a light proof bag for loading a film spool, you could develop slides sometimes called transparencies at home using the E6 process.

What it meant in practical terms is that I could take the family out for a day, take a roll or two (only 12 exposures on a roll) and that evening develop them and see what I got, no sending them off to a lab and waiting on their return. Bear in mind that these were full colour slides and not negatives, it also meant that I could experiment and see that very day whether it had worked or not, this very ability expanded my understanding of photography.

Of course it wasn’t all plain sailing, along the way I made mistakes that with hindsight I wish I hadn’t such as buying a Pentax 110mm system which whilst the camera was absolutely fine, relied on a rather dodgy film cassette system that led to rather soft images, I have loads of negatives and slides to underline that point ! Eventually I switched to 35mm but we all have to make mistakes in order to learn it would seem.

Of course and looking back, we can all see and understand a lot more about ourselves as we were when compared with where we are today. As an example when I returned to photography, it took me rather a long time for me to get back to the same level of technical understanding that I had back during that period of time concerning the basics of photography. Following the divorce there was roughly a ten year period when I didn’t even want to pick up a camera because I was probably ‘mourning the loss’ of being a family man and my two cameras which I still had with me were associated in my mind and heart with those times and therefore remained unused.

Even when I did start using a camera again, I bought myself my first Olympus Muj a quite brilliant compact point and shoot 35mm camera. It was to take photographs of family, friends and events, I just didn’t want to mess around with f stops and shutter speeds rather like today I would probably under similar circumstances use the camera on a smartphone. I say my ‘first Olympus Muj’ because over a ten year period I bought several the reason being that on three different occasions I had a family member or a friend who needed a camera for a holiday/event whatever and I gave them mine and then replaced it. After the third time I decided not to replace it enough was enough.

So returning to the idea of “serious photography” by which I mean looking at the world with a photographic eye with the intention to make controlled images of the world around you as opposed to ‘happy snappy catch the moment’ photography. I can now see that there was a very big break that stretched from 1987 through to sometime in 2005, some eighteen years. Now as I write this down, this is quite a shock to me in quantifying it all in these terms and yet it is the truth. My odd way of bookending this period is at one end “the divorce” and at the other when I first started getting serious about shooting pictures in the RAW format which was at the September air show at RNAS Yeovilton in 2005 and over a year after I had moved down to Somerset.

I suppose that I should end this piece with asking myself whether coming forward from September 2005 I now consider that I have returned to “serious photography” ? I suspect that I cannot really answer that one because my definition of what that means has changed radically. Back in the 70/80s I took lots of family pictures and quite separately others aimed as being images that would tell some kind of story devoid of time and place just, good stand alone images plus I was very involved in the wet film technology. Today photography for me is tied in with creating and making images, photography is important but just part of my personal tool set.

Today is very different, there is an awful lot of technology involved in digital imaging from the “digital darkroom” of post production software running on PCs through to quite extraordinary potential in how you might use images in other media be it video, 3D work or desktop publishing. It is not just a minor change to your in use environment, it goes way beyond that offering quite enormous possibilities to mix your media in ways not previously possible. However there is one thing that hasn’t changed and that is the need to tell compelling stories whether in a single image a collection of them or a film and keeping that as your focus still remains the imperative objective.

Today has far greater potential but with such abundant choice, even greater self discipline is required than in previous generations in order to cut your own unique path through it all. It is through understanding this or just feeling it instinctively that led me to go back in time to explore wet film again both 35mm and 120 roll film.

Roughly two years back I decided to buy a 35mm, obviously second hand camera so that I could shoot just in black and white but it was a bit more than that. With digital technology it is obviously very easy to convert any image to black and white in post or, shoot it in b&w in camera so it is more than how the colour is rendered it is also the whole “wet film” psychology which includes trusting in your technical ability rather than peeping at the back of a screen after each shot.

This was a deliberate choice because I wanted to “refresh my visual palette” by having to look for structure and texture and leave aside the seduction of colour. It is a bit like a painter who instead of just painting pictures in oil paint, deliberately goes back to basics by drawing with a pencil so that he/she can focus in on the structures and textures in their composition.

This is not a trivial task because it requires a degree of ‘unlearning’ and shedding habits acquired over the years, rather like someone who has been driving cars for 20/30 years suddenly having to take their driving test again. It did however lead me down yet another though interesting rabbit hole, a tale for another time.