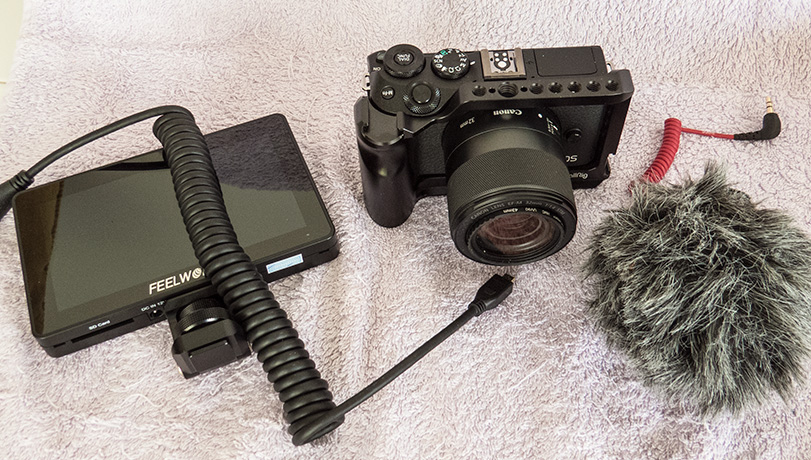 This is a further post that outlines how working on one project inevitably generates other things that I need to work on and in underlining this I’m really laying out the reasons why this content may sometimes grow in unpredictable directions. My posts inevitably will not just stick to the obvious as in “just about photography” if only because my aim is to present my material in different forms and on different platforms too.

This way of presenting information via a website is a fairly obvious way to go for me, a website + my photographic experiments. I am very familiar with both photography and the basic manipulation of a WordPress website so this is easy enough for me to do but it won’t always be that way in other formats where I will have to master new skills before I can apply them and have good quality outputs.

Although I haven’t yet started the detailed planning for it, I do want to produce a series of short films which will mean getting to grips with video production, scripting, location planning, storyboarding and the post production too all of which is new stuff for me to learn and master. Obviously this is worthy of treating as a project to share my experiences and ‘experiments’ in it’s own right and I am sure that I will too as I move up to that video start line which is not going to be immediate even though I am doing practice stuff already like, voice overs, playing with the hardware and software that I will use. It really is very odd getting used to the sound of your own voice.

What bought this into focus for me was working on the planning work for my project on camera evolution since the 1970s. I have already written a post on the 35mm Canon cameras that I own, placing them into a technical timeline and giving a brief overview of what each model was and how it fitted in but as a project it needs to be rather more than just that because anybody could look that stuff up on the web. So how would I develop the idea beyond that summary and make the end result useful to people who might use this website ?

I started by thinking about how I use my current (modern) cameras. Now whilst I laugh at myself sometimes about being a bit “nerdy”, it isn’t entirely or even very true. Yes I will do a quick foxtrot around any camera that falls into my hands and try to rapidly absorb what bells and whistles it has but as a stills photographer I make a beeline for how it shoots manually because that is my preferred shooting mode with the “Program mode” as the fallback. In reality and however clever the kit may be, I know how I like to shoot pictures and once I understand the bits I want to use, the rest can be ignored and generally are, this doesn’t make me a natural camera reviewer !

Then on a camera body I had previously given up hope of getting a good example of but acquired recently, the T90, I spotted a particular ‘feature’ which made me stop and think and from there realise just how I might advance this project. The particular feature isn’t that important but it did illustrate a twin path in this particular project and therefore potentially two different audiences.

The simplest of which would be people who actually bought a particular model on Ebay and want a ‘cheat sheet’ to explain the key features and functions so that they could get on and use it. I can certainly produce individual cheat sheets of the models I cover and add them to the website as downloadable PDF files which people could print off at home if they wanted to.

For anybody who has looked into this, one of the things that often amazes me is how easily you can get hold of PDF versions of original camera manuals so you may ask, why bother ? To which the answer is “Have you looked at an original manual ?” Culturally we have moved on a lot and looking at the way these originals were laid out and the way that the content is presented would not meet the urgency or impatience of most people today. The information is there for sure but you have to invest time in extracting what you want from it so a brief summary of key features and how to access them probably has some mileage in it and besides which the PDF downloads will be free though I may offer a printed and paid for version if these prove popular.

I Write the Book

However that is not what the main thrust of the “Canon/Camera History” (for wont of a better title) project should be about. What these various camera models really represent is a series of technical evolutions but as importantly is the thinking behind them, what were the problems that they were trying to solve ? Each model has its place and moment in time that gives it a particular context but it goes a bit further than that because some of the technical innovations, so novel back then may well reappear in modern cameras. An interesting case in point being Canon’s ‘Eye Focus’ (your eye) which first appeared on the Canon EOS 5 back in 1992, ceased on various models of 35mm models in 2004 and apparently in a more modern form no doubt, is said to be in their upcoming R3 due to be launched later this year even, quite shortly having recently been seen at the Tokyo Olympics and in the hands of various “Influencers”.

What I’m not trying to do is tell the story of the development of all cameras from all camera manufacturers right from the early days, I’m not even trying to tell the story of Canon’s total historical range of designs. No my aim is far simpler, it is to show the technical evolution of a handful of camera bodies that came out over roughly a 30 year period from 1970 through to around 2000 and their technical attributes which most often were shared with other brands at the time. Also the bodies I am using to tell this tale are available to ordinary people to buy and use should that be what they want to do.

From a structural perspective on this type of website you don’t go for writing very long posts because they wouldn’t get read so I will probably tackle the subject one camera at a time in individual posts. If I want to do a “big picture”, whilst possible via hyperlinks within each post linking to other posts on my site can be done but this is rather tedious for the user, I will need to do something else. That something else will be a book which because it needs to tell a story will need to be approached very differently from just dumping the individual posts from this website, people who like books will want a ‘proper book’ to read that tells an interesting story.

Although the downloadable PDF cheat sheets and the book are entirely different in terms of the target audiences a lot of the material, illustrations, how a particular thing works will be common and both will be created using the same software packages in my case using Affinity Publisher, Designer and Photo.

But of course this is also an “editing” as well as a design job so I’ve made a start by doing photographs of the simplest camera, in technical terms from my collection which is the Canon Ftb QL. These photographs won’t be used as they are but in fact be the templates that I will draw over to produce the line drawings I will actually use in the publications because drawings are better for explaining how things work rather than actual photographs.

When ‘explaining’ film to people more used to the digital age, I suspect that there has to be a section on the ‘Exposure Triangle’ and the basics of how a light meter works and the exposure values/settings. In the book, this can be a one off series of pages but as the downloadable PDFs will be a single camera model at at time whereas the book will have them all, it probably means including this particular section on each PDF model publication… does go on a bit doesn’t it ?

This then becomes yet another project that involves using desktop publishing software which in my case will be Affinity Publisher, putting the whole thing together and then deciding on how I will publish it. The whole publishing thing will be interesting as yet another project because the easiest route is probably self publishing on a platform like Blurb but that will likely mean rather high retail prices unless I bought enough copies upfront to bring the price down.

There is a whole marketing thing to be explored there: How many am I likely to sell ? Will the free PDF downloads give me sufficient data to judge a level of interest and therefore what approach to take on book publishing ? If not that many copies per month, does it make sense rather than fighting to keep the price down by ‘cheapening’ the materials used, to instead increase the quality of the papers, binding, cover and so on and accept that people who want to buy a book may be happy to pay the price for a high quality limited run book ?

However and whatever, I suspect that this might be an interesting topic to write posts on too, giving a running commentary on what I find along the way. The reason it may be relevant for some people who visit the site is to see it written up because they may be interested in doing something similar for themselves on their own projects.