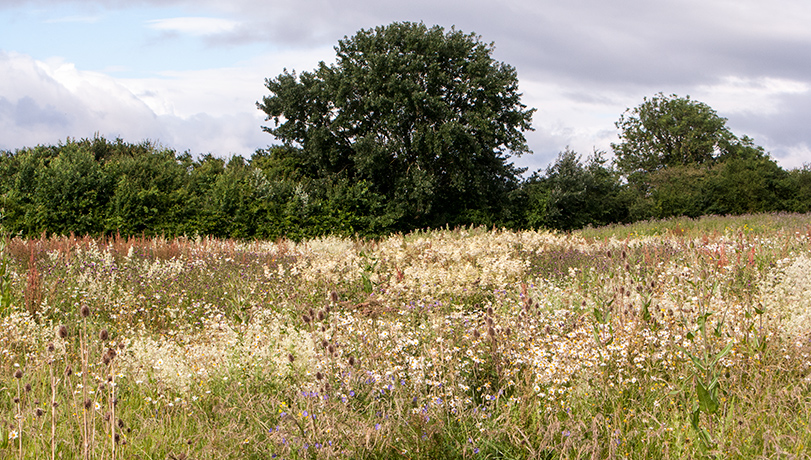 Having been born at the end of 1945, I do not come from a “computer literate” generation but never the less in the mid 1980s when I realised that you could do computer graphics on them – 4 colours called CGA- I became very interested in them because I was involved in training people and could see the potential for that. Although I didn’t realise it initially, I had stumbled on and “discovered” the idea of ‘Computer Based Training’. Eventually I chucked in what I was doing and spent the next 3 years learning all about computers whilst supporting myself financially by working as a doorman 6 nights a week at a West End of London bar.

In due course and in my late 40s, I started on the bottom rung of an IT career on a help desk, often referred to as the ‘Hell Desk’ and later moved on eventually ending up as an IT Contract Project Manager. However and perhaps because I ‘found’ this technology later in life, I was always enthusiastic and keen to understand more and more because it was obvious that this technically was a moving target. The technology was always moving onwards and upwards but there was also a lot of ‘marketing hype’ and being able to sort the chaff from the wheat was an essential skill in its own right. The result was that I was constantly buying and reading technical books plus, attending presentations given by people in the field who knew what they were talking about.

The above is just to set the scene, one talk I want to highlight concerned backing up your data and yes, your pictures are just data to a computer. The speaker’s starting sentence summed up the subject rather well : “There are only two types of people in this world. Those who have lost data and those who are going to lose data !”

I know it sounds very dramatic but these were the days when computers crashed frequently, hard drives came marked with bad sectors on the label and using graphics programs required saving your work every couple of minutes because without warning they would crash and you would lose it all. In comparison today’s hardware and programs are beautifully engineered, ‘things’ do still happen but with much less frequency and often programs come with inbuilt recovery tools. However, that doesn’t mean that the problem has gone away because it hasn’t, it has just changed and the nature of that change is worth thinking about.

This is for Us Photographers

The purpose of this particular blog is to do with backing up copies of your photographs, data backups are a big topic in it’s own right with different priorities under particular circumstances, the principles are similar but the emphasis may vary for different industries. If you only have a small number of photos that you want to keep then Microsoft’s One Drive or Google Drive will be perfectly adequate for you and properly setup will do all the heavy lifting for you from your desktop or mobile device.

What follows is my current method and the reasons for my approach, this does not imply that what I do is some kind of “Gold Standard” it isn’t, it’s just a way of working that I feel comfortable with and by laying it out, it may help others to think about what might work for them. This is a rather boring subject but just by thinking through a routine that works for you may well save you floods of tears at sometime in the future.

As part of a Millennium Upgrade of a Windows Server in a medium sized business, I spent the Good Friday of 1999 with a colleague transferring and verifying data from an old machine to a new one, the amount of data was around 50Gb for that business. To put that into perspective, you might well have a 64 or 128Gb memory card in your mobile phone, right now. The point is that right across the board, society today is generating a huge amount of data in every direction you can imagine.

For me I break data down into what you might call “Archive” which are photographs I’ve taken in previous years and are therefore fixed in terms of not being worked on and “Live” data which are the pictures I’ve taken and am working on from this calendar year. To put this into perspective, my “Photography” folder weighs in at 1.07Tb but my live subfolder “QD 2021” is only 192Gb of that though to be fair even this latter figure is a bit over the top too.

For the folders I download to on my Main PC, I start with the year so for today 2021, in sub folders below that each camera by model and below the camera model further sub folders of the 12 months of the year. There will also be a work in progress folder which could consist of derived PSDs, Tiffs, montages etc that I’m working on from that years images. So this year folder which has live data subject to change is the one I target to keep backed up and up to date.

You might well point out and be totally correct that software such as Lightroom and ON1 which have in built cataloguing facilities, offer the ability to do all of this from inside the actual software. However I’m a bit ‘old school’ when it comes to my data and like to see it independent of any particular software. By keeping things at the folder level of the operating system, I ensure that my backups are ‘clean’ and can be viewed by any appropriate photo editing software I choose to use.

For backing up, you could use an external disk array, nice but these can be expensive so I go for something a lot less exotic, a couple of external USB hard drives which can be bought for relatively little money. The last one I bought a few months back which is 6TB capacity cost me just over £96 and that is stunning value for money.

I have two graphics PCs in play but only one is nominated as the lead machine and all memory cards and scans (film) get loaded onto that one first. From here I cull all the photographs I don’t see as worth keeping, the duplicates etc. and then back the folder onto an external USB drive. This drive is then used to update the same folders on the second PC and the second USB drive is updated from that. At the end of it all, there will be 4 identical copies of the live folder which is as safe as it can likely be, extraordinary circumstances apart.

As anyone who has copied large files via USB will tell you, it can take an awful long time to do so you do this once when you first get a new drive and from there what you need is software that looks at the folders and updates only the changes. There are many different software solutions out there that do this but I still use the one I first came across in the 1990s, it is simple and just works flawlessly so here’s a link: http://www.heatsoft.com/has/HASindex.html

So a rather boring blog but if you take a lot of photographs, essential to think about. Obviously with my “Amateur” hat fixed firmly in place, I am talking about us solo photographic enthusiasts, when it comes to truly commercial operations involving vast libraries of images, other and server based solutions with ‘off site’ copies would be more appropriate and are generally the ‘norm’.