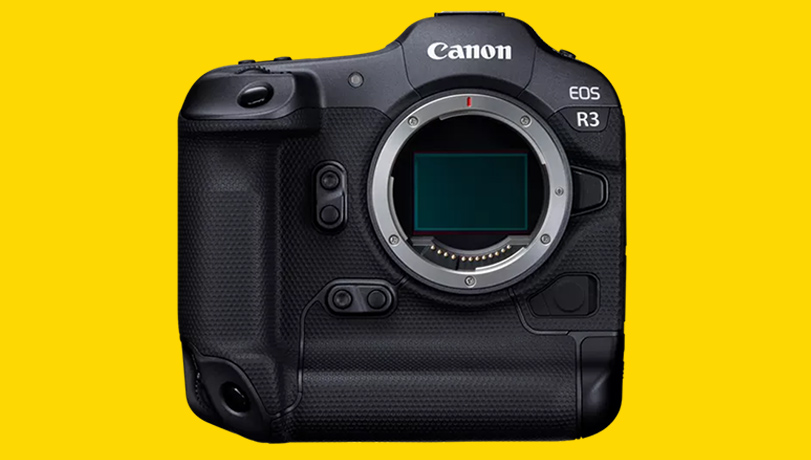 As with most hobbies that involve equipment or kit of some kind, as participants in such hobbies we all love the idea of ‘new toys’ to play with and this is certainly true of photography. Although more kit is furthest from my mind and wallet right now, as a Canon ‘shooter’ I could hardly ignore the recent announcement of the Canon R3 which technically is quite stunning in its specification and promised performance !

However the combination of its performance and price at almost £6,000 for the body alone, indicate quite clearly that this is a rather niche market product aimed at a very specific audience, professionals shooting sports and action photography rather than even the keenest amateur. I am sure that there will be the odd wealthy amateur that will buy one but if I were in a position financially to do so, I would probably opt for the slightly cheaper by £2,000 R5 as being more flexible for my personal needs.

When Canon first launched into the R series they did so with some quite stellar but also rather expensive lenses, the ‘L’ series of the RF mount. It made sense because it was a demonstration of what they could achieve optically with their new mount, the initial RF lenses were a lot more than a “me too” foray into mirrorless cameras, they were very good if rather pricey.

However the launch of these lower end lenses for the RF mount is starting to shape their lens line-up to reflect what they achieved with the EF mount, top spec, top price L lenses and a good range of value for money lenses that mirror the L series but at a lower price point. There are two things that I would takeaway from this, there will be no more EF mount DSLRs coming from Canon and I expect a flurry of cheaper RF mount bodies being launched over the next couple of years.

Over recent years and as new cameras were launched there were two ‘fads’ in terms of people commenting on social media that just made me laugh, dual card slots and how many frames per second a camera could shoot. “Oh it’s no good if it doesn’t have dual card slots and does 10+ fps” was the sort of comment that many of these clowns came up with.

It is certainly true that a working wedding photographer as an example, would certainly like the security of recording to dual card slots as would many other photographic pros out “on the job” but for the vast majority of us and even the keenest amateur, it is hardly a major issue or requirement.

I say this from my own experience because I regularly use two DSLRs that have dual card slots, my 5DS and my 7D MkII and even when I’ve done air shows with them when I can do over 2,000 pictures in a day’s shoot, I’ve only ever used one card slot though both have had matched cards in them and set to switch automatically. Whilst my 5DS with its 50mpx images can make an effortless charge to fill up a memory card, it still takes quite a bit to fill a 64Gb one let alone a 128Gb card. Besides which my 7D MkII with its 20mpx is what I use for the vast majority of the “action shots” because that is what it was designed for.

I don’t “baby my kit” but I don’t throw camera bodies, lenses, batteries and memory cards around as if they are a dirty pair of mud encrusted football boots either, this stuff cost me money and financially replacing it would be difficult. I also shoot a lot of pictures on a daily basis and perhaps because I always buy branded memory cards, I have never had a memory card, CF or SD fail on me going back to 2ooo when I bought my D30.

My second pet hate when it comes to the overhype stuff lies in the fixation on fps which brings me back to the start of this little blog and the R3.

As is quite common with new high end cameras, manufacturers will give preproduction samples to trusted photographers to use out in the field and in “real world” usage, it’s a good way to iron out any bugs that have crept into the design before they launch it into the market. One of the testers on the R3 was Jeff Cable who was shooting for Team US at the Tokyo Olympics, he was interviewed by Digital Photo Pro about his views on the R3 here’s one question and answer I particularly liked:

“Q: How was editing all those images you shot at 30fps?

My 7D MkII ‘only’ shoots at 10 fps plus the write buffer on RAW generally tops out at 40 frames even with fast memory cards but whether with wildlife or an air show it is probably enough for me especially when it comes to having to edit a shoot to sort the “keepers” from those you delete.

In fact my M6 MkII can do 14fps and even has a 30 frame RAW burst though only at about half the 32.5mpx resolution at 17.9mpx but frankly I don’t bother too much unless the situation really needs it. Recently shooting some butterflies on a Buddleia bush it was handy but I probably deleted 80% during editing because they were duplicates and it still comes down to the same thing, going through them frame by frame and ‘pixel peeping’ to ensure you keep the best.

Forget the headline writers and PR people, a high frame rate can be a right pain. If you want the proof and you get your hands on a high frame rate camera, set it to shoot at maximum speed and shoot everything at that for a couple of days and you will soon find out why I write this.