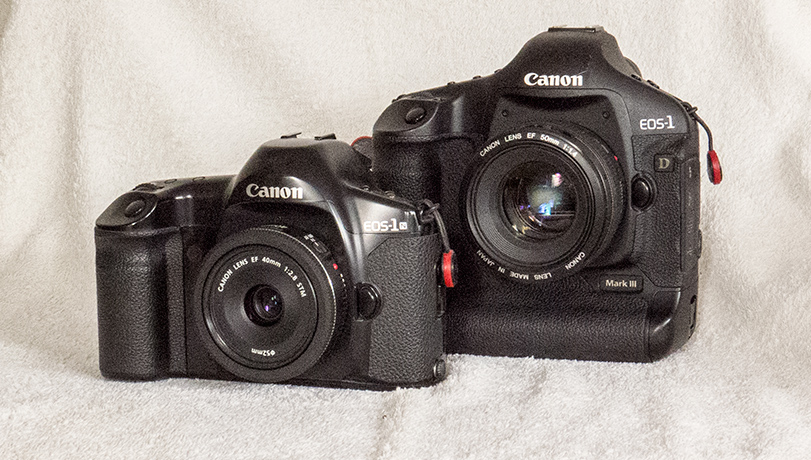 The company I bought the 1D MkIII from, mpb in Brighton is a second hand dealer I have used on quite a number of times over the past decade or so, they are always reliable and I was impressed with the condition this 14 year old camera was in when it arrived. Physically any of the 1D series cameras are impressive beyond just being big and heavy, designed as professional work horses older copies second hand are often, clearly very battered as a consequence, this one certainly wasn’t and the firmware was up to date.

So an impressively clean camera body, the next stage was to charge the battery up and as these cameras come with quite impressive twin battery chargers, it is all very serious looking. As that went well and the camera worked, next on the agenda was clearing the camera of any previous settings and working my way through the menu tab by tab to see what was there and what wasn’t. Canon’s current menus are graphically very clean but like my 450D camera which came out in 2008, the menu text on this camera was from an earlier era and a bit DOS command line looking in style.

Just doing this immediately pitched me into starting to answer my initial question about the control layout which led to me buying this camera body in the first place. It became obvious that there is a clear division between things that can sit inside the menu system which you need limited and infrequent access to and things you need immediate access to whilst shooting which are farmed out to buttons on the camera body. Getting to grips with any, new to me Canon camera body is probably a lot easier than if I came from another brand because “I shoot Canon” already and there is a distinct familiarity and similar design philosophy throughout their range.

Bear in mind that this is a camera launched in 2007, today’s equivalent versions of the 1D series the 1DX and upcoming R3 are probably very similar except that many of these external buttons are now customizable in terms of interchangeable functions on these newer models. However as I said earlier, this is only the start of my little investigation because the value of this approach can only be determined by using this out in the field which also means me getting used to handling it so this is likely to get a few bike rides with me in my back pack over the next few months.

The first thing I was curious about was whether it would ‘see’ a pair of 32Gb memory cards I had sorted out for it, there are two slots one CF and one SD but of course memory cards have come a long way over the past 14 years or so, would the capacity fool it ? As I wrote elsewhere, on my earlier cameras like the D30 and G5, you can feed them any CF card capacity card that you like but they will only ‘see’ 2Gb maximum. The 1D MkIII had no problem, saw both and formatted them accordingly but these are both relatively slow cards on read and write times so at a later date I will try out a pair of faster more modern cards but for now these are fine for getting down to work.

The battery seems to be in good condition but I always like to have a spare to carry in my bag and herein lies a problem. You can get official Canon spare ones but the cost seems to be around £167 which is a bit rich for a camera that is secondary to me in terms of likely usage. ‘Compatible’ batteries are available in the £30-40 price range and as the case with this camera unlike my others, it is more of a “get me home” solution should I run out of juice whilst out and about, I opted for one of those. I did take the precaution of ordering one with sufficient user revues so that I know it should charge in the Canon charger and show up it’s charge status when loaded and used in the camera. Sure enough when it turned up it did both so I’m a very happy bunny for not buying the OEM one.

My custom whenever shooting with a camera that is new to me is to get an overview from the manual play with it but then head for the great outdoors, shoot with it, make mistakes and hopefully learn from them, this one was no different. I suppose in one way it was a little different in that being familiar with Canon DSLRs of various generations, there were fewer mistakes to be made.

The first thing and oddball though I may be, but what I always enjoy with DSLRs, is the ‘clunk’ from the mirror box you get with each picture, it’s very satisfying and makes you feel that you have ‘done something’. The high speed 10fps seems to work fine though I didn’t find any wildlife where that would have been useful so switched to single shot mode. The most obvious thing is of course the weight but I suppose when I use the battery grips on my 7D MkII or my 5DS, they would be a pretty similar weight so not really a big issue.

The camera handles very well, I definitely enjoyed shooting with it and look forward to using it again which is an unexpected bonus. I only shot around 50/60 frames and couldn’t stay out too long that particular day because I had ‘errands to run’ but that number of images would be enough for now.

When I got them onto my computer I was pleasantly surprised though in truth I cannot say what I was expecting except I suppose in the back of my mind was the “It’s only 10mpx” thought. As I am writing this I haven’t had the chance to edit, process, pixel peep and print any of these images and the technology is 14 years old but they seem quite good. It may seem an odd thing to say but the images seem to have quite a distinct character of their own which may indicate that under specific conditions, it will produce stunning still images, we shall see.

Back in 2010 I bought a ‘pocket’ camera one that you literally could stick in any pocket and always have a camera that shot RAW and had a short zoom lens with you at all times. The camera I got was a Canon Powershot S90 and it has a small 10mpx sensor. Sometime during 2013 I bought an upgraded version of the same model, the S110, this was 12mpx and shot full HD video. Neither of these cameras have any trade in value so I still have them and still use them from time to time, the odd thing is that especially in low light, the earlier 10mpx model often delivers better still images which also have a lot of ‘character’ to them.

Sometimes I can get quite excited by older cameras such as my M10 which I have sent off for a full spectrum conversion but sadly seems be be caught up in all that post lockdown shortage of staff and components so Lord knows when I’ll see that again ! But in that case it makes sense, it is a camera I know and like which will open up whole new avenues of photography once converted. I can remember being delighted when I got my Canon A1 35mm but that was because it was a camera I had wanted in the past but never got to own back then but this D1 ?

Sure the D1 range is totemic in a sense but I’ve never lusted after one and I’m not too sure that the brand glow would extend to a 14 year old example anyway. When it comes to DSLR technology, my 7D MkII and 5DS are streets ahead of this D1 MkIII so there is no technical advantage in it to what I have already. No my reason for buying it and in particular by restricting it to a maximum price point was purely to be able to write about the external controls in a knowledgeable way as part of my book research and yet…

It is that ‘yet’ because I am finding the camera very enjoyable to use and couldn’t put my finger on just why. I can remember from the past wondering what all the fuss was about “those overpriced L series lenses” as I saw rhem until I got my first one and understood why but it isn’t that in this case so what is it ? And then the penny dropped, it is it’s simplicity, it is a camera and most likely because of its generation that does what it says, a camera of cause and effect, change this and then that happens.

Modern cameras are wonderful things and yet in a way probably too wonderful for their own good, there are way too many options to choose from and because they are included you feel that you must try them even though they probably get in the way of your photography. In the end most photographers probably ignore 80% of these bells and whistles and just concentrate on what they need from the camera to get the job done.

Whilst again this is a loopback to my original question concerning controls, having discovered that there was a clear logic to the division between external shooting controls and a menu that is more dedicated to setup things, closer inspection of the menu revealed something else. The custom settings tab is where all the detailed shooting setups sit and these are pretty extensive in scope but also optional because if set to the defaults you could just ignore them and get on with using the camera.

I didn’t think that I would hate the 1D MkIII as a camera, buying it was just part of a project but I can honestly say that unexpected as it was for me, not only do I like it but think that it will get a fair bit of use going forward.