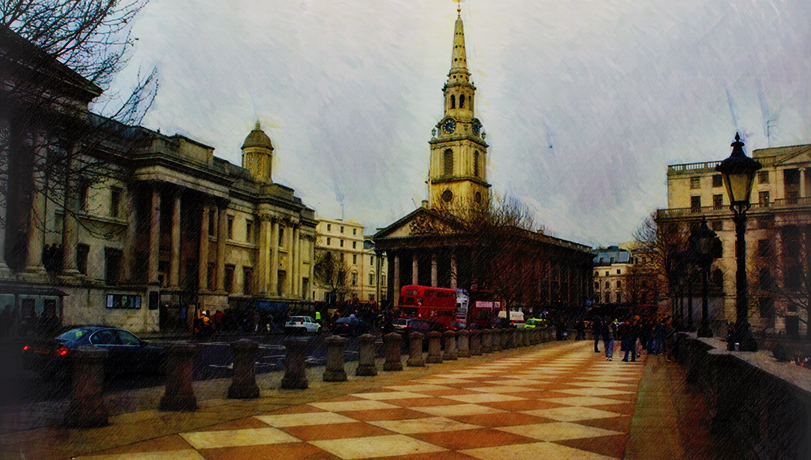 This is more to do with video and film making than still photography and I write this to avoid any confusion that I may generate with this little “fork in the road”. As I have the perhaps rather odd ambition to play around with mixing real time video with 3D animation (CGI) in due course, plus I need to focus on learning the software involved both thoroughly and properly, I decided to really go for a walk on the wild side and do something completely different.

As my background was in computing prior to becoming an old age layabout, I have always had a lot of computing gear around me though it has certainly got reduced greatly over these past years as multiple PCs used for testing stuff gave way to just two Windows PCs that I work with day to day. However I decided to bring an older computer that was also running a copy of Windows 10 back into commission but specifically to convert it into a PC running a copy of the Linux operating system.

Now whilst it may seem an odd thing to do unless of course I was a dedicated Linux user anyway which I am not, it does carry some logic to it. The two software packages that I will be using are Blender for 3D and Da Vinci Resolve for video editing both of which are available for Linux as well as the other more usual operating systems such as Windows and Mac. So in my learning something new, doing so in an unfamiliar environment to me will help concentrate the mind goes my thinking, we shall see how this works out.

Although photo editing is not a requirement for this machine, if I do need to do so, both Darktable and Raw Therapee started on the Linux platform as did the Photoshop equivalent the open source GIMP should I need them. I’m not totally unfamiliar with Linux and today’s major distributions are an awful lot more ‘user friendly’ than my first encounters with Linux desktop OS back in the late 80’s.

Given that there are such a wide range of different Linux distributions, I deliberately stuck to the mainstream by selecting Ubuntu because there was likely to be greater software compatibility plus a lot more on-line documentation and support than some of the lesser known or more geeky ‘distros’.

Most of these mainstream distributions have on-line software libraries where you can select your software and it handles the installation for you automatically and it works very well. This is a whole lot better than my earlier experiences of Linux where you had to be totally aware of all the “dependent” libraries and other bits of software you needed to install just to get the bit you wanted working. It was frankly a horrible experience but totally enjoyed by the kind of geeky people who were drawn to Linux ‘back then’.

Blender is a long time favourite of the Linux community so is these days pretty much a ‘standard’ software package as is the GIMP is so installing it and the sound editing package ‘Audacity’ was a breeze. However Da Vinci Resolve was a horse of another colour and you have to install it from the command line yourself… In the end though it installed well with no issues until I ran the program when it basically told me that my graphics card wasn’t good enough to run this latest version.

Perhaps that is not a major surprise as this type of program is heavily reliant on putting a lot of the rendering and general running of video in real time as you edit, off onto the graphics card GPU which is far more efficient than relying on the PC’s CPU which would slow the whole thing down. So of course the solution would be to upgrade the graphics card on this PC but herein lies the basic question of is it worth it ?

Firstly running Da Vinci Resolve on Linux was really using an older PC as a training environment for me, the software runs fine on both my normal Windows PCs which have pretty chunky graphics cards so it’s probably not worth spending the cash. Inevitably, old PCs are a bit like an old car, fix one issue and you are immediately faced with the “next component” and on it goes.

Additionally and as another consequence of Covid, we have a chip shortage which not only impacts the car industry but also effect graphics cards. The result is that anything new and technically “tasty”, if you can find it, is being sold well above list price or else, you will be buying old stock and old card designs that haven’t sold, are sitting on a shelf and retailers thought they would never shift them ! I guess it’s an ill wind…

So My Linux Experiment

Was it a waste of time ? Not in my opinion because Blender runs on it well enough for me to practice with, it is only during the final rendering process that horse power comes into the picture with this software, it won’t prevent me mastering the basics. Additionally I’ve added a couple of other Linux based graphics programs that I wanted to play with because they could dovetail into other areas of my work.

My intention was to use this PC as a ‘training facility’ to learn the basics, make lots of mistakes and master the software but not use it for what you might call ‘production work’ because even though only 7 years or so old, in computing terms that’s well past it’s sell by date. Besides which my two main Windows PCs are far more ‘modern’ in all respects with decent graphics cards and sufficient ‘grunt’ to handle both Blender and Da Vinci Resolve in a production situation, anything serious was always going to be done using them.

Finally by deciding to use a Linux PC has given me the sort of minor challenge that keeps my brain ticking over, the brain too is a muscle that needs exercise and getting pushed out of it’s comfort zone. Also as you get an awful lot of software for free under all Linux OS’s, it gave me the opportunity to pick up a couple of 2D animation programs plus a desktop recording one suitable for demonstrations/tutorials that I can have a play with. The advantage is that I don’t clutter up my main PCs and as these programs are not being aimed at a serious end use at this time, I can just have fun with them.