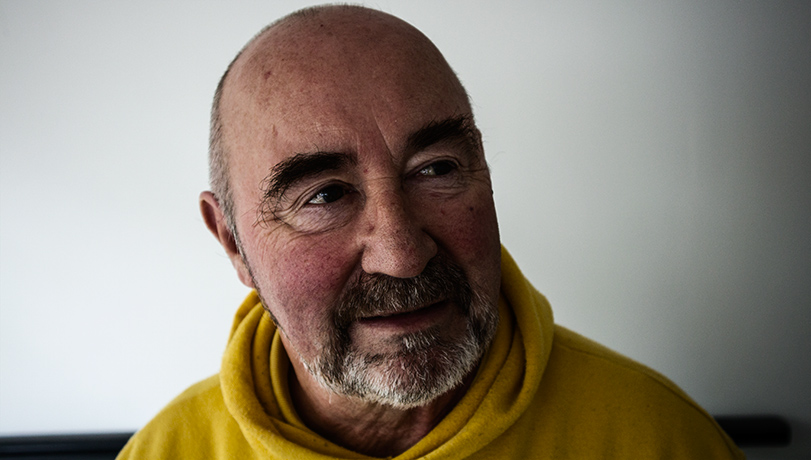 Having a birthday on December 29th made me only too well aware from an early age that one’s Christmas and Birthday presents tended to get rolled into one. As a consequence when older and a “master of one’s own destiny”, well at least to some degree plus well past the stage when given the type of present you really wanted because of the cost, to ask anyone for such expensive toys would be a cheek, I have from time to time bought my own “combined presents” to celebrate the/my Season.

It was Christmas 2000 whilst living and working in the USA but home in the UK for the Christmas holidays that I bought my original Canon D30 DSLR, a decision once I had started collecting lenses that has kept me in the “Canon Camp” ever since. I have done something similar this year though not quite at the same extravagant level in terms of the amount of money spent.

Looking back on 2021 and quite apart from the quite amazing vaccine roll out we have and are still experiencing with the booster jabs in the UK, for me in photographic terms, getting this website back up and running again, getting stuck into infrared photography plus two old cameras that I bought have been my highlights. Additionally and after a rather lengthy delay, my M10 body converted to full spectrum finally returned to me though too late in the year for me to get into playing with it properly.

Joy and a Surprise

I suppose the ‘joy’ part is my buying a Canon G1X camera, truth to tell as a spontaneous rather than a planned purchase. This came via Ebay from a knowledgeable seller at a fair price and is in excellent condition. I had previously owned one of these but it got ‘sacrificed’ on a trade in to upgrade one of my main cameras, just the way these things go sometimes. The joy was that it produces the quality I remembered from my previous ownership, always a delight to find that your memory hasn’t deceived you !

But for me the surprise of the year was the Canon 1D Mk3 which I bought purely for research purposes. I didn’t want to spend too much and this particular model which is 14 years old, price wise represented the sweet spot of the range, best specification and newest model of a camera for £250. I had no intention of using regularly alongside my others and I only needed it for research into handling characteristics.

In the event and totally unexpectedly, I was bowled over by it because even though at 10mpx and with a low usable ISO range by today’s standards, it was obvious just how the original design and technical priorities were geared to professional photography. From looking at the high retail prices of current 1D models as being way too high, I came to understand that there was a very good reason why they cost that much. It reminded me of how it was only when I acquired my first L series lens, that I suddenly realised just why they cost what they do and that they are worth the price premium.

So What Happened Next ?

I did the only possible thing that I could do after being so impressed by this old camera, I traded it in for the next model, the 1D Mk4 that came two and a half years later , another old camera but less so. This was second hand of course and after having owned and used the MkIII version for only 3 months ! What a strange thing to do you may say but there is a degree of logic to it.

It was never my intention to use this camera as one of my regular cameras. Originally I thought would do my research and then sell it on again likely having lost little money on the deal because it’s second hand value had in effect already bottomed out before I bought it. I had paid £250 for it, my guess was that I could recoup around £200 by selling it on or using it as part of some future trade in. However having used it and thoroughly enjoyed doing so, this rather changed my view of it and its value to me as a photographer. One has to be careful with these things and draw your maximum spend tightly around your priorities rather than the fanciful desires we can all too easily convince ourselves of.

When Canon launched their digital 1D range which was in design terms the direct descendant of their 35mm film flagship camera the EOS 1V, they divided it into two lines, the ‘sports/action’ 1D line and the slower in terms of frames per second but higher pixel count 1Ds line. Announced October 2011 the 1DX effectively replaced both the 1D Mark IV and 1DS Mark III in Canon’s lineup. At the time of writing a good example of a used 1DX sells for around £1,200, a 1DX Mk2 £2,400 and a second hand 1DX Mk3 £5,000, a brand new one of the latter it being a current model, around £6,000.

For me the only logical upgrade was the 1D Mark IV because whilst only about two and a half years ‘younger’ than the Mk III I already had, it came with some substantial upgrades in terms of pixel count, ISO and processing power. However the problem with any ‘pro’ camera is that they get heavily used and because they are just a business tool to many photographers, they can get physically abused as well. When looking at this type of camera, it is not just the “shutter count” you need to look at but also the physical state of the camera itself.

It is not uncommon to see people advertising various generation 1D bodies on Ebay at very high prices compared to the actual state of the camera itself as if the model name alone will command the price regardless of the state of it. It is to be expected that the majority of the cameras used by working photographers will inevitably be very heavily used but also there will be examples that were bought by well heeled amateurs that have been relatively lightly used and also been looked after.

My MkIII version fitted into this category, it had a shutter count of just over 70,000 against an anticipated durability of 300,000 + as does it’s replacement MkIV that has an even lower shutter count of 50,000 both of which I got from the same supplier mpb in Brighton.

But for the fact that I enjoyed using the MkIII, I wouldn’t have considered buying into an upgrade of any kind, it’s not like I needed another DSLR. However and that said, having decided that I would keep it rather than just sell it on, doing an upgrade at a modest additional cost makes sense to me after trading in the MkIII. The amusing thing of course is that apart from one badge on the front, for the casual observer the MkIV looks like the same camera as the MkIII because all the real differences are ‘under the hood’ rather than on show externally.

My first outing with the MkIV was on Christmas Eve when the weather and light were awful but never the less and whilst having to shoot at higher ISO settings, it is clear that the upgrade was well worth doing even from those results. Although it is capable of full HD video, I don’t think that I will be bothering with that which I leave to my M6 MkII because mirrorless is far better for video. But then it was only for stills I got it because for me, that mirror clunk is all part of what I love about shooting stills. Yeah I know, must be an old man thing !

There is a footnote that I must add. Although I fully intended and indeed budgeted for this upgrade, in the event my son Michael gave me half the cost as a birthday present, what a nice chap he is 🙂