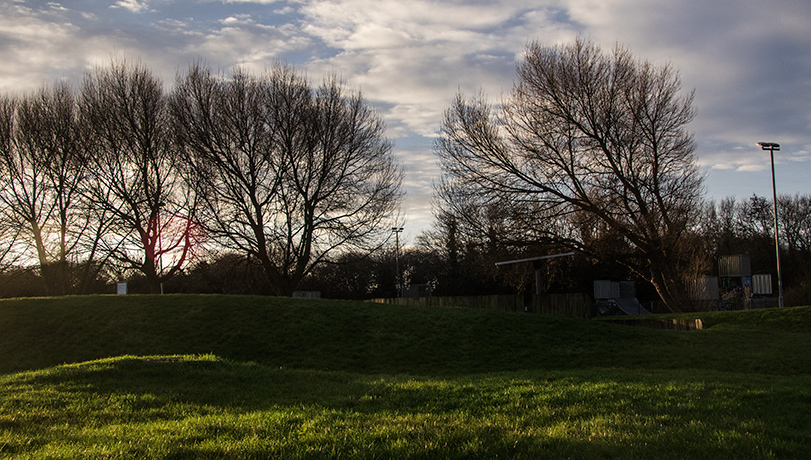 Last year was a bit extraordinary in terms of how many pictures I was left with even after extensive culling on unloading memory cards as I went and this year despite a rather dismal and largely grey January seems to be heading in a similar direction even though we are not halfway through the month.

Although because I ride most days, very bad weather apart, it is fairly easy due to a deliberate policy of rotating my cameras regularly that my 1D MkIV, 7D MkII, 5DS, G1X and M10 have all had ‘outings’ since 1st January with pictures taken and even after culling I have already accumulated over 200 images…Odd in the sense that I have found that many images under these weather conditions and yet it is so and after deleting all the duplicates and one’s that just didn’t work. True as I get round to editing them in detail, many more of them will be directed to the trash can because that is part of my workflow.

In the main, I wasn’t just looking for photographs as such, odd though that may sound. I wanted to use the 1D MkIV which had only arrived just before Christmas to see how it handled the dynamic range and challenges of low Winter light. With my 7D MkII, I had made a complete hash of photographing some birds in flight a few weeks back just before Christmas and needed to get both my brain and camera settings sorted out so I wouldn’t repeat those mistakes, these I suspect the consequence of doing so many landscape shoots in recent months I suspect.

The M10 was to test out 680nm and Orange filters in full spectrum mode as those too had turned up over Christmas, the 5DS and G1X because they are both rather nice cameras to use and that is reason enough.

Over the years of riding my regular route each day, I have made acquaintances from among the dog walkers and others who are out and about around the same time. I am fond of dogs and mainly they like me, likely because they recognize a soft touch when they see one however, once a dog has decided that you are a ‘friend’, passing them by is not an option, a greeting and pat are mandatory at the very least and in some cases a proper conversation may be required.

This morning I was talking to one of my dog walking friends who had taken up photography during lockdown and had a whole series of questions he needed answering. We chatted for some time and I deliberately avoided all the technical gobbledegook, it really isn’t helpful, I wanted to understand where he was coming from and exactly where he was ‘at’ right now in order to be of any help.

For me this was an interesting chat at several levels, firstly because I recognized the sort of doubts and questions that he had, I had been there too in the past. Secondly it reminded me just how far I had travelled on my personal photographic journey and realised how unhelpful it might have been if I had met me back then. It all takes time and the willingness to trying anything and everything plus ‘rejoicing’ in your failures because that is how you learn most. To do this does not require the greatest kit, it does require the greatest motivation, a hunger and a personal desire which they don’t sell in camera stores.

There was a very personal thing that came out of that conversation for me, it made me stop and think about what I was doing or intending to do. Were the goals I had set myself realistic or even desirable from my personal perspective ? Should I be doing them and if so why ? More than that, do I even need to set myself ambitious ‘productivity goals’ at the age of 76 anyway. Always an enthusiast, here I was trying to take on too much and too many new to me disciplines a sure recipe for achieving the square root of bugger all.

What immediately came to mind was my intention to make videos that may go on YouTube and writing a book on camera development over the past 50 years, why should I do either of those things, when they are not my passion but doing still photography is ? Also both of those things framed in that context are guru “telling people” stuff and that is not my interest either, I rejoice in being a rank amateur photographer because doing something you enjoy is where all the joy is.

Shortly after I left my friend it was that part of my ride where I ‘walk’ my bike for a while, good to vary one’s exercise between riding and walking plus it is also far easier to use a camera with both feet on the ground ! As I did so, I came to the conclusion that whilst I will shoot some video as I go along because it will be an interesting thing to do, video itself should not be an objective, if it turns into something fine, if not it doesn’t matter. When it comes to writing a book, I wouldn’t be doing it the way that I originally envisaged in fact, I wouldn’t do it that way at all because it doesn’t make much sense to me on reflection.

Now whilst this is a ‘work in progress’ as they say, my instincts are that rather than publishing a conventional book, I might instead look at publishing a series of soft cover “photographic journals” based upon my photographic year and run in conjunction with my website.

Although I will fiddle around with this idea until I hit upon the right formula, perhaps the website will have more frequent short blogs/posts with lots of pictures and the journal which may be published quarterly perhaps even monthly in due course as a ‘zine’ ties all those entries into a narrative that includes fewer pictures but the best from that period of time. The idea being that the website and publications are not the same but complimentary to each other.

As a consequence and given that I already have quite a bit of material both pictures and text from past posts, I immediately switched my focus and learning energies to Affinity Publisher so that I can develop a template and style suitable for this journal idea. I think that to start with I will target the ‘Seasons’ or quarters of the year, Jan to March, April to June, July to September, October to December and use last year’s output for my prototypes which will start with PDFs and progress to one off Blurb publications to check what they look like and establish pricing.

At the same time I will keep a daily photographic diary/journal to provide me with appropriate content prompts from this year so that if this idea has evolved sufficiently by later on this year, I can launch some ‘production’ versions and look at how to market them.