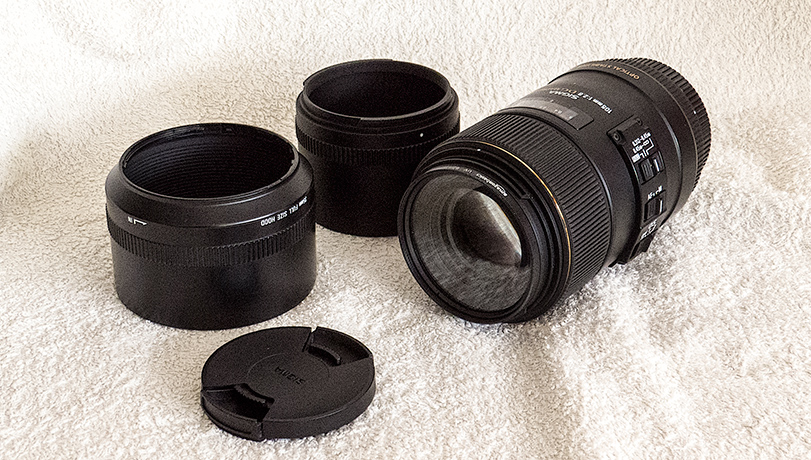 Not coming from a ‘computer literate generation’, when I discovered that computing may be useful to me, in my 40s I had to take around 3 years out to learn about them and from there, start a new career in IT. It was the earlier days of the Windows interface sitting on top of DOS as the underlying operating system and however difficult you think computers can be today, back then they were very treacherous for the average user.

Because of this and the whole thing being akin to the black arts, I jokingly said that in computer support we should have a uniform consisting of a long black gown covered in silver moons and stars with a pointed hat to match and a ‘magic wand’ to complete the ensemble.

With any new or upgraded version of any user software, in PC Support we had a game, install it and see how far you could get in using it without referring to the manual. In those days they always came with thick printed manuals generally authored by semi literate baboons – it was rumoured. I never went along with that view because I was certain that Baboons would have made a better job of it. Truthfully, they were probably authored by very clever software engineers who knew how it was supposed to work in theory but had never tried to train ordinary humans on its use in the real world, the results were always obscure and often totally confusing.

If tasked with deciphering the latest software, failure in the Support Desk area to get very far with any piece of software was loudly greeted with cries of “RTFM !” which translates in polite company to “Read The Flipping Manual”. Yes it was totally childish but then, everybody was an awful lot younger than me and such banter and teasing was very much part of the working environment, it was also a release from often working under extreme pressure as the phones rang red hot from the latest user crash landing on planet bits and bytes.

What Triggered This Memory

The majority of people who start a career in IT tended to begin on a user Help Desk of some kind, an often chastening experience which prepared you for the rocky road ahead of dealing with users in a face to face environment. For me because I started on this career later in life, my mind was like blotting paper and I read anything and everything that seemed of interest but with the emphasis on ‘third party’ authors who had to put in the effort to try and communicate with their readers, unlike the in house software manual writers.

I will therefore claim with some justification, that deciphering user manuals lead inevitably to actually ignoring them completely as totally useless which with hindsight was probably a bit unfortunate in some cases. Also when I first started in IT I was spending lots of money on buying third party manuals each of which was quite expensive until Amazon entered the UK market and cut the costs substantially. I didn’t spend any less but I did get a lot more books to read for the same amount of money

It is strange to now realise that these experiences spilled way outside just IT related things, it extended to anything complicated including camera manuals for example, I cannot remember reading any of them from cover to cover. In fact when it comes to camera manuals, the best thing they ever did was issue them as PDF files and when these became automatically searchable and hyper-linked, it was brilliant.

Because my cameras are pretty much all Canon, they all share a similar menu system and philosophy behind the design, getting around any new Canon camera is pretty easy to me. Of course they are not identical and often a model will have its own quirks and variations which is where the searchable PDF comes into its own, its easy to look for an answer if you hit a problem without having to read the whole thing.

The trouble is that this doesn’t apply to lenses and why should it, they don’t have menus and such complications, they do what they do, don’t they ? And herein lies a tale that reflects not too well on me but kind of illustrates just why you should “read the manual” or at least do some basic research.

Just over a couple of years back I was trading in and trading up some lenses, all went very well, it was/is a totally reliable dealer. However when I got my kit although the main lens was excellent, the second one seized up when I was using out in the field it so I sent it back which was no problem.

I suppose that because of my age and finite resources, although I will use my credit card for internet shopping, I never spend more than I can pay off next billing day so my supplier asked me if I wanted a credit on the faulty lens or another product in exchange. Having at least in my mind, already spent the money browsing through their stock I spotted something that was on my ‘future purchases’ list although I didn’t need it immediately I thought “Oh well I’ll get that now” the ‘that’ in question being a proper macro lens. There is a reason that I say ‘proper’ because you will find many ordinary lenses that have a “macro setting” but in reality this is little more than a close focusing capability, it is not really a true macro capability.

My future purchases list is just a way of saying a direction of travel in terms of the kit I may need to experiment with this or that and doesn’t imply any timescale by which I feel that I ‘must’ buy the items in question. As an example, at some moment in time I would like to try a tilt/shift lens but these are still expensive items second hand and it may just be better value to rent one for a few days rather than buy because it is a highly specialised bit of kit which is not likely to get too much use.

Back to the Story

Although I didn’t need a macro lens at the time and even second hand the two Canon models were around £400-£650, they did have a number of Sigma 105mm 2.8 macro lenses in stock. I have always enjoyed the Sigma lenses I have had in the past because they are good quality and good value and with the 105mm they were in the £260-£300 price range in comparison to the Canon models. So instead of having a refund, I went for one of these 105mm Sigma macro lenses.

The key point is that I didn’t need this lens immediately for macro work, which was something I was going to do in the future. Once it arrived, I played with it from time to time because apart from its macro capabilities, it is a very functional f2.8 105mm prime lens. When I fiddled with it in macro mode, I wasn’t blown away even though I did consult the multi language folded sheets you get with lenses as a ‘manual’.

Stumbling in the Dark

It was only recently as I planned doing some real work in macro and started doing some research that I realised that I hadn’t come to any understanding as to how this lens was supposed to work. I went back to the ‘manual’ and frankly that was of little help, to be honest, what do you need any kind of manual for the vast majority of lenses, they work and do what you expect a lens to do straight out of the box. The problem with specialist lenses of course is just that, they do a specific job in a particular way so you need to grasp the basic concept before you can use them fully.

In the end I found a triple mode slide switch on the side of the lens that seem to offer some kind of solution to something but exactly what was to remain rather obscure, the manuals explantation of the function was meaningless. In the end it was one of those “Thank heavens for YouTube” moments where somebody, at some moment in time will have published a tutorial on what you need to know. Having watched a few, I came to realise that this was an interesting area, worth exploring and also obtaining a set of extender rings to really play at the extreme ends of potential.

Whilst I am really looking forward to the better weather when interesting insects abound, the next couple of months will be time to build up my expertise and technique. When I first played around with my Sigma macro lens I quickly realised that due to the very narrow depth of field, to get a useable picture you needed to learn to rock gently backwards and forwards whilst taking a number of shots of the same thing though the results were pretty variable to say the least.

Because of the sensor size, my initial experiments were made using my 5DS however things have moved on and a year ago I acquired my M6 MkII which was done mainly with a view to it being more video orientated because mirrorless cameras are better for that. However, one of the noticeable things about this M6 is that it has loads of ‘features’, probably too many for most users and a couple of months ago I had noticed one which whilst interesting I couldn’t see a need for well at least until now. Although the camera needs to be tripod mounted for best results, it has an inbuilt focus stacking facility which is just brilliant for macro shooting and having 32mpx helps a lot too !