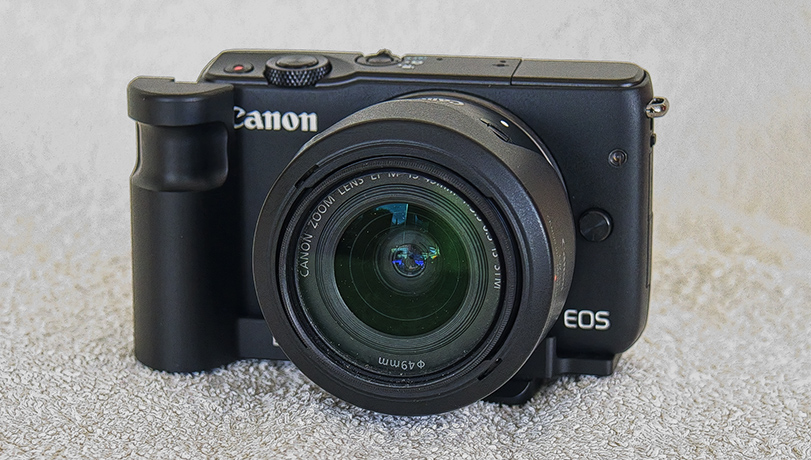 I first came across the Canon M series of cameras back in 2017 when I bought my original M6 for a rather odd reason, it’s focus peaking on doing manual focus photography.

Now obviously there is a story here which goes back to the Christmas holidays of December 2015 when curious about the 4k video that people in the photographic media were banging on about, I found myself in an electrical store and being offered a £200 discount on a Panasonic Lumix G7 camera complete with kit lens. Price wise it was a steal, and only a few Pounds off what I would pay for a compact fixed/short zoom lens camera so I thought “Why not ?” and bought it, my first micro 4/3rds camera.

This led to an interesting 18 months during which I eventually became not that impressed with the Lumix autofocus system and in the end had to make a decision whether to spend a lot more money or bail out which in the end is what I did.

However, I did give it a good outing taking the G7 with me on a trip to the US, some major airshows and even trading the G7 in for the upgraded G80. In fact my main problem with the system really centred not on the camera bodies themselves but more on the lenses. In the 4/3rds system you get a x2 multiplication on focal length which is great if your main interest is telephoto lenses, a 200mm becomes 400mm but a big problem when it comes to wide angle lenses.

There are some magnificent Olympus and Lumix 4/3rds lenses but the ones you want are equivalent to Canon’s L series and these are not cheap so my decision was whether to build up a second collection of high quality and expensive lenses like my Canon ones and that hadn’t happened overnight or, ditch the micro 4/3rds system, in the end micro 4/3rds lost out.

Whilst I owned these Lumix cameras, I had experimented with using adapted vintage camera lenses and as a result had ended up with a collection of Canon FD glass which were ubiquitous and relatively cheap and which unbeknown to me at the time would lead me to buying FD 35mm camera bodies in due course. These Lumix cameras had focus peaking to assist with manual focusing lenses but truth to tell, it wasn’t that bright or that helpful. I came across an article where someone wrote about using adapted FD glass on an Canon M series camera and they were impressed so I made a mental note to visit a camera store and get hold of an adapter to try this out.

In case you are not familiar, basic lens adapters are just connecting bits of metal with no electrical connections, everything with these is manual, the more expensive ones are generally called speed boosters, have electrical connections and cost an awful lot more money. I had become familiar with this through my experiments with my Lumix bodies. So I picked up a cheap FD/M lens connector, visited a camera store and tried it on an M body. In comparison it was brilliant the focus peaking being streets ahead of the Lumix bodies so in due course, I traded in the Lumix G80 and replaced it with the Canon M6 despite the latter not being 4k capable.

From the early 2000s I had got used to having a DSLR plus a compact short zoom fixed lens camera for when I wanted to carry something lighter instead of the full kit. By using the Lumix cameras I had now come to appreciate having a full system camera for travelling light but in a smaller lighter package than my DSLRs which is why I went for the M6. There were several other benefits too such as the fact that rather oddly for a system that has been commercially successful over so many years, Canon have woefully neglected increasing the range of native lenses. True via an adapter you can use EF and EFS lenses but that rather defeats the benefits of a lighter system to my mind.

The M series has sat in a strange twilight zone for many years, “Are they going to axe the M system ?” being an often posed question. Currently the rumour is that they will ditch the M series and bring out a budget APS C R body to replace it… who knows what will happen in the post Covid 19 economy ? The consequence of this uncertainty is that you can pick up second hand lenses at reasonable prices and even the bodies too, in fact they have probably produced as many M body variations as they ever have native M lenses.

Although and as I have written before, I prefer using my DSLRs for still photography, the M6 was far better for all things video and was a highly capable stills camera too which led me to picking up an original M body and an M10 for very little money and eventually these became converted to infrared and full spectrum cameras respectively.

The logic behind converting these two camera bodies despite the cost of conversion being about three times their cash value as camera bodies was all to do with lens choices. I could share all my native M series lenses, use my adapted FD vintage glass or use my EF lenses and lenses cost a lot more than camera bodies which they outlast anyway.

In due course the M6 gave way to the M6 MkII which is an amazing upgrade on the original model and far more capable. Perhaps the only downside to the M6 design is the lack of an inbuilt viewfinder, you have to use one that clips on to the hot shoe which is not as good and rather fiddly at times. When the original M6 came out there was a companion model the M5 that did have a built in viewfinder, pre Covid and just after the M6 MkII was launched rumour had it that an upgraded M5 was in the works and might be called the M7.

However and due to supply chain issues, all manufacturers whether they make cars or cameras have concentrated on producing their most expensive and profitable products at the expense of lower end ones so if it ever existed, the M7 has probably sunk without trace and is unlikely to ever appear. In fact and being realistic, after roughly two years delay, it would need re engineering anyway and a £1,000 body is not likely to get that kind of “love” and resources thrown at it when Canon’s focus for understandable financial reasons has switched to supplying bodies costing £2,000 and £4,000 +.

Come this Spring/Summer I have a plan to do some tripod shooting using my two converted M cameras plus combining them with a ‘normal’ camera to produce multi layered images in post production. I won’t go into exactly what I have in mind at this time but the upshot was that due to my M6 MkII having a greater pixel count, 32mpx compared to 18mpx on the M and M10 I decided to pick up another M body for the purpose that was closer to 18mpx.

I didn’t want to spend too much cash but I wasn’t prepared to risk Ebay roulette either so I turned to MPB in Brighton a second hand camera dealer I totally trust. In the end I picked a Canon M3 body, which was 24mpx but it was at a reasonable price point. However when it turned up it had a flaw with the mechanism for the articulated back screen and this is where using a reputable dealer pays dividends, emailed a photograph of the issue, it was picked up the next day and as they didn’t have a replacement in stock a refund was issued immediately.

So Time for a Think

As I have quite a number of cameras to choose from, I always question myself over “Do you really need another ? when it comes to yet another acquisition. Now in this case and although I had to return it, I had actually had ‘yet another’ camera body in my hand and that confirmed that for my purpose, getting it was okay. The next thing though was also interesting because I questioned whether I had chosen the right model or should I have bought another ? Did I buy with cost as the main consideration and in doing so ignore the function and other possible features ?

To cut a long story short and despite it costing twice as much (though starting from a low cost base), I decided to buy an M5 body instead of the M3 so I ended up with a body with an in built viewfinder which is good particularly for shooting in Summer with the Sun shinning so can only see your own reflection on the back screen ! As always I’ve taken it out to familiarise myself with it, each model will have their own idiosyncrasies and it is overall an excellent tool bearing in mind that it was launched late 2016 so that it has much earlier technology and limitations such as buffer size and so on.

It is a good package and it is a shame that a body like the M5 is not available today with the internals and technical abilities of my M6 MkII which itself is now about 2 years old. If there was an M7 in Canon’s development pipeline and it would have combined the body style of the M5 with the internals of the M6 MkII, it would have been a brilliant camera at an excellent price point for most consumers but I guess that we will never know now.