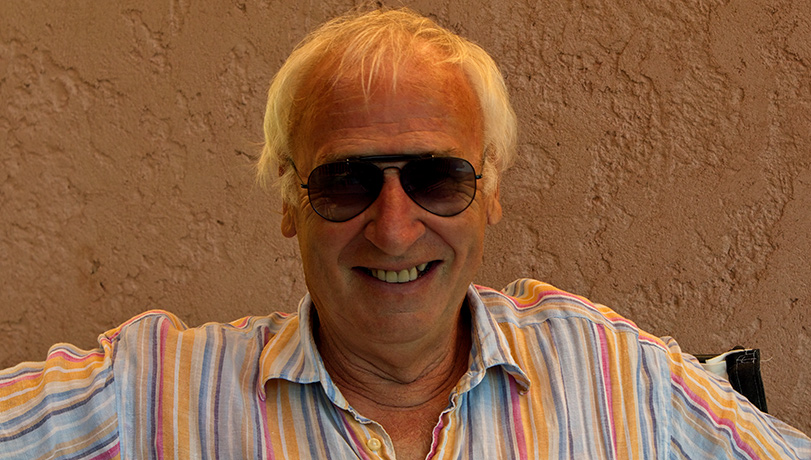 The first blog I wrote back last August was about how I got into serious photography and in passing I mentioned that a friend had lent me a slightly battered but still very functional Yashica twin lens reflex camera which taught me all the basics of wet film photography plus got me into developing slides/transparencies at home which was a game changer in the days of wet film.

Alan and I have been friends since primary school days and remained so over the years with little to no effort on either of our parts and through all the ups and downs of our lives, we are both the same age. He had bought the Yashica second hand during his first year at the Royal College of Art & Design in London and in due course during the 1970s had lent it to me to use and learn photography proper, so at a guess that was probably around 45 years ago.

The reason I mention this is because last week he gave me a call to say that as he was doing a tidy up and clearing unused old stuff out, he had come across the Yashica which had probably been sitting in a box in the attic since I returned it to him many years ago and would I like it ? With a smile and no hesitation I told him that I certainly would, he shipped it to me and it arrived today.

There is a certain joy in these things and Alan was delighted that it was going to a good home where it was wanted. We discussed the fact that just giving stuff away was a bit of a faff because unless people really wanted ‘that thing’ the object whatever it maybe was most often never properly appreciated by the person you gave it to. In this case this camera is valued because this particular example played a major part in my personal development as a photographer, was a key step along my way.

So what will I do with it ?

In one sense it would be okay just to keep it as an object but that is not my way of doing things, all objects must have a function. I started the process of checking it over, a bit of cleaning and testing will follow so that once again it will be ready for action when I will feed it with a roll of 120 film and see how we get on.

As I mentioned in my previous blog, as a consequence of using this camera, in 1986 I bought brand new a later version of it and it is interesting to see them side by side, the newer one being the one in black. Fundamentally they are the same camera with the later version really just being a slightly ‘tidied up’ model, the following pictures illustrate the point.

Putting them to Use

Shortly we shall be into Spring and then Summer will follow, ideal for days of wet film. Although we have had bright and sunny days in the past few weeks, it has still been cold and often windy. Today for the first time this year we have a sunny day where we can feel the warmth of it and despite the awful news from the Ukraine, it stirs hopes of better days to come.

I can imagine taking both my 120 Yashicas and one of my 35 mm FD lens cameras plus a hand held light meter for a day out of wet film photography. I can anticipate feeling the joy of a warm day spent doing some landscape photography already, the years gently peeling away, fond and forgotten memories returning of people, places and times past.