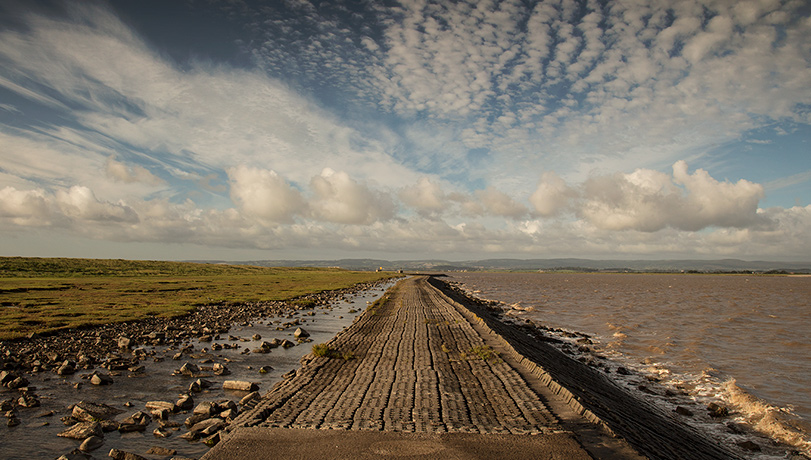 My M6 MkII is a mirrorless camera that first came out at the end of 2019 and is at the cheaper end of Canon’s camera offerings which means that compared with subsequent and far more expensive mirrorless cameras from Canon, Nikon, Sony etc, it is by no means as well featured as them. It is pretty well featured in terms of functions compared with my DSLRs all of which are some 7 years old in terms of design and the in built technology.

In addition the mirrorless format offers greater design flexibility for camera designers as is demonstrated by their feature sets. Though as cameras rather like smartphones have evolved into mini computers rather than just machines for capturing and shaping light, this is inevitable just as “computational photography” first developed for smartphones will inevitably make its way into camera technology in due course.

You Use What you Need

I first worked in a user support role when starting my career in IT. It didn’t take me too long to work out that when it came to something like Microsoft Office, even the best and most skilled of users only made use of 10% at most of what the software could do. The reason being that the programs that made up ‘Office’ were/are highly sophisticated and can perform many different functions though the average user only needs a small slice of that capability. The consequence was the average user worked out what they needed from the software, learned that thoroughly and ignored all the rest.

In a sense that is probably what every photographer does too when breaking in a new to them camera in this digital age. Photographic hardware reviewers are probably the only people who work their way through the whole feature set of a new model of camera, the rest of us just focus on the bits we want to use and ignore all the rest. I suspect a ‘classic’ in this sense is that absolutely every new camera is hybrid in the sense that it does both stills and video.

However from a user perspective, if you see yourself as a ‘stills’ photographer, you will look at video capabilities as a curious by product of a new camera and vice versa if your focus is primarily on it’s video capabilities. I suppose in this sense Canon with the launch of its R5C camera where you deliberately switch the camera to either stills or video and get a completely different menu set for each, is being totally logical in its design approach.

But All That Said…

As I see myself as more a stills photographer and with a broad range of cameras to choose from on a daily basis, the Lion’s share of my pictures are taken with one or other of my main DSLRs. The consequence of this is that unconsciously when switching to any of my four mirrorless cameras, I probably apply the same way of working as I use with my DSLRs – shutter, aperture and ISO being the starting point.

Although I have had my M6 MkII for a year now, between the pandemic, infrared, full spectrum experiments and the arrival of the 1D, it hasn’t got the amount of attention or use that it really deserves for such an exceptional little camera. As camera functions have grown so too have the menu tabs and options which just leaves you more menu tabs to skip over so that you can focus on those functions you know you will use. All the rest get relegated to the “I’ll get round to it…sometime” category.

The consequence is that you can overlook something that might be useful to you as I did with an in built function to do focus stacking. I have done focus stacking in the past manually where you mount the camera on a tripod and take a series of pictures where you focus on different points from foreground to horizon. You then in post production blend the images together to produce a combined image which is in focus from foreground to background. This is particularly useful in landscape photography but has other applications too.

Some years ago Adobe with Lightroom and Photoshop started to make the blending process a lot easier inside the software, it became pretty automatic and all their main competitors have made this a feature in their software too. Now this is excellent because I can remember when I first tried this in earlier versions of Photoshop, it was all a bit of a painful and very time consuming process. Of course you still needed to mount your camera on a tripod, focus, take your first frame, refocus, wait for any camera wobble to settle down then take the next and so on for how many times you desired and on a windy day, not an easy task.

I had breezed through the camera manual a few times and must have noticed something about focus stacking but didn’t really register it until having recently been messing around with macro photography, the penny dropped and I searched the manual and the camera for the feature. Sure enough and there it was, a bit like doing a timelapse, dial in the focus increment and number of shots, still mount it on a tripod of course, press the remote to activate the shutter and away it goes, totally painless !

I obviously practised on a few macro type setups at home, currently we have experienced a number of successive and severe Winter storms but my main aim was to use it shooting landscapes. However by doing stuff at home I was able to explore just how this works in camera plus, check out how it works best in post production using both Affinity Photo and ON1 RAW 2022.

Both Affinity and ON1 worked brilliantly and whilst Affinity was both faster and in a sense simpler of the two ON1 though slower is easier to work with simply because of its ‘browser module’. Affinity does pretty much most things that Photoshop does but like Photoshop lacks its own inbuilt browser module. I don’t consider Bridge that useful beyond viewing thumbnails because it was designed as a common asset folder for all the Adobe applications rather than a visual editing tool.

Like Lightroom, ON1 has an inbuilt browser module so that with my preferred screen layout of on top, a big image with a bottom filmstrip of all others you can quickly and easily delete unneeded images which is a necessary requirement with focus stacking. In case you might wonder as to why I use both Affinity and ON1, the answer is that when it comes to ploughing through an infrared or full spectrum shoot, I have found that Affinity is far quicker than ON1 so horses for courses and I like both of them as tools each has different and complimentary strengths.

A small gallery showing a series of shots of a pack of indegestion pills and a model Spitfire give an indication as to how this works, taking a whole series of images and incrementally moving the focus before giving a composite using software.