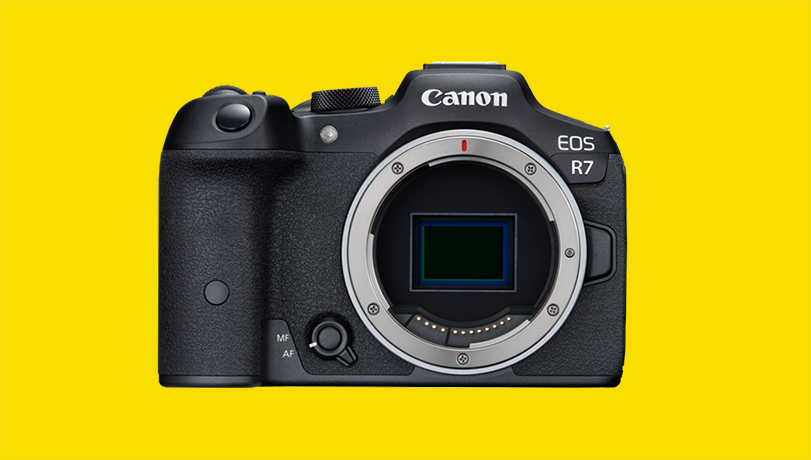 There are always rumours and websites that specialise in promoting them concerning new cameras “about to be launched” by all the main camera brands and most often these rumours can be pretty hit or miss as far as accuracy and timing is concerned. Of course in recent times due to Covid and its impact on supply chains, it is quite likely that intended product launches that might have happened have likely been scrapped because of the fallout.

Additionally the decline in volume camera sales due to people using their smartphones for “friends & family” photography, all the main brands have switched to marketing high end cameras aimed at the professional and enthusiast markets. This means camera bodies costing North of £2/3,000 which given the supply chain issues following 2 years of Covid and now a war in Ukraine, is sensible in order to make any profit, aim for the most profitable part of the market !

However there are two rumours that have been quite persistent over the past few years with regard to Canon, that they will ‘kill off’ the M series which is hardly a surprise as despite, the success of the M50 they haven’t invested in the line. The second rumour was that they would introduce an APS-C camera into their full frame R series line. This week both of those rumours seem to have come to pass with the launch of the R7 and R10 crop sensor mirrorless camera bodies plus a couple of ‘S’ lenses with likely more S lenses to come.

Having said that, a spokesperson for Canon did say that they had no intention of killing off the M series whilst there was public demand for them, make of that what you may ! However I think that Canon’s best selling mirrorless camera has been for some time the M50 which is considerably cheaper than the new ‘entry’ R model the R10.

I won’t waste time on describing these two models, if you are interested there are plenty of reviews on YouTube for that. One of the better and most trusted reviewers is undoubtedly Gordon Laing from Cameralabs and with regard to the R7 which is the most interesting of the two, I posted the following comment to his review on YouTube as below.

“As ever Gordon, a sensible first look so thanks. Obviously with all the whizz bang R5/R3 spec cameras, any R camera at this end of the market will look a bit lack lustre but I think that at the price point the R7 looks a pretty good package. I suspect that the 32mpx is a derivative of the one in my M6 MkII and that is a good one, given flange distances an adapter for my M series lenses would be a big ask I suppose 🙂 I have a number of M series bodies and think mirrorless for video is a no brainer but as a 7D MkII user for wildlife, I far prefer optical viewfinders for stills a view I came to some time ago

Suspecting myself of being a backward old git, I surprised myself at the end of last year when I bought a second hand 1D MkIV for a short term project ( 16mpx ) with the intention to sell it on when finished and instead fell in love with it, both the handling and the optical viewfinder, it’s a ‘keeper’ and it still does 10fps !

Will I buy this R7 ? Not now but if I decide to buy into the R series, it would be the place I would start from, about the right specification and price. I am always conscious that it is never the particular body that matters too much, it’s the lens system that you are buying into, that’s where your money will go over time and adapters aside, it is that which will delay me moving into the R series whilst I can get the results from my existing kit.”

Canon has always had available “beginner” camera/ lens combinations pitched at a keen price in order to give a pathway for people to get into photography. This is smart as it likely means that when people become experienced enough to ‘move on up’, they are likely in most cases to stick with the same brand they are familiar with. The problem currently for Canon has been that these cheap packages have been DSLRs a technology that is fading away or, their M series mirrorless cameras which they haven’t been investing in. Up until now their ‘entry level’ R body which is a full frame, £1,000 body only camera is not technically exciting.

What they have done by launching a crop sensor pair of bodies in the R7 and R10 which can take RF lenses natively is to crack open the market and ‘unified’ their lens mount so it will be interesting to see what impact this has on other camera brands and the market overall in the immediate future.

The key to this is the lens mount because from a camera companies perspective, future sales volumes and year on year profitability are more tied into lens sales than camera bodies. Obviously you need exciting and feature rich camera bodies that people will buy into in order for there to be lens sales but the business does centre around lenses rather than bodies.

From a consumer perspective and whilst with adapters you can mount virtually any lens to any body, in the majority of cases it is only by buying lenses that are native to the camera body that you will get the full feature set. By launching what are essentially two budget camera bodies that can use the same lenses as camera bodies costing x3-x5 the price, Canon have made a smart move.

One of the things about having a range of camera bodies to use where I use one body/lens combination for a number of days and then switch to another, because each has its own characteristics, I find myself constantly ‘falling in love’ again with each as I switch around between them all. In all truth and for me, I have no need to buy a new camera or in this case, buy into a new lens system because my current collection is more than capable for my level of photographic ‘ability’ as it were.

Beyond this of course and hand in glove with it, is the economic case by which I mean, even if on a whim I decided to buy say the R7 could I justify it on economic grounds ? So as an exercise I had to investigate this out of just idle curiosity. Without thinking too much about it my gut instinct was that it wouldn’t fly…

If I were going to trade in a camera body, the obvious candidate would be my 7D MkII which is an APS-C camera that can shoot at 10 frames per second. A 7 year old DSLR design that sold in decent volumes over the years, it means that there are potentially a lot of them on the second hand market which means a low trade in price. My cameras are generally in reasonably good condition, I tend to look after my kit so I checked out an on-line quote at a camera chain where I could do a trade in.

The best body/lens/accessory combination on the R7 will retail at £1,700, the trade in on my camera and battery grip would barely get me £400 leaving a further £1,300 to find. Even trading in my M6 MkII, viewfinder and an 18-150 mm lens as an alternative package, would still leave me with looking to find £1,000 in cash so that’s not attractive either. Obviously if the ‘new’ camera is what you really want, then trading in ‘old’ kit is just part of the equation.

Now if the R7 had a range of fabulous features that I really wanted/needed for my photography immediately then perhaps I might convince myself but it doesn’t. Don’t get me wrong, it is a brand new camera and whilst not the top of the Canon R series range, has lots of technical features that I don’t currently have in my existing cameras but, these are not features that I need right now anyway and indeed may never need.

Obviously I won’t be doing this even if I had intended to because it doesn’t make any sense to me to do so either technically or financially. There are other issues too which on a financial level are the accessory costs that you don’t think about like the spare batteries for each model, memory cards, cages for the M series bodies and so on, not high costs but they add up. Also there is the “quality” issue, how solid and rugged the kit I have is so no, I’m not for giving up on the latter.

However my main opportunity does not lie in buying brand new cameras. As I am not opposed to buying second hand kit I will keep monitoring the second hand market though not for camera bodies, there are a couple of Canon EF lenses I rather fancy adding to my collection that might, sooner or later, fall into my price range. Just call me ‘Second hand Rose’ !