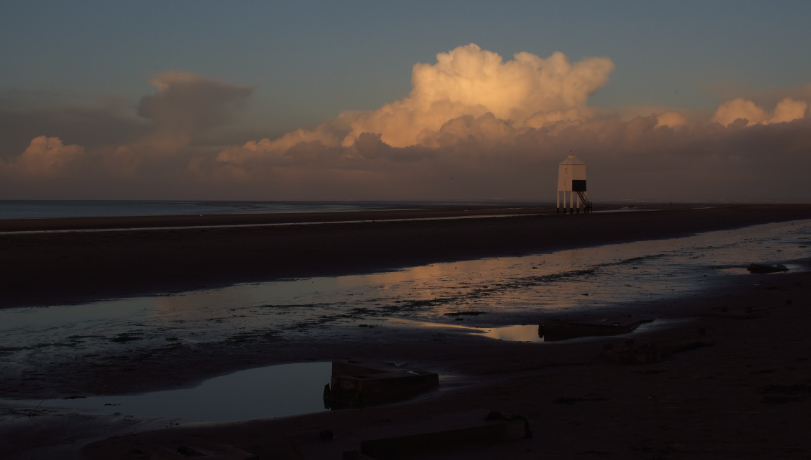 What do I mean by ‘hybrid cameras’ might be a fair question. In simple terms a camera that can shoot both photographs and video with equal ability in terms of the resulting output. Obviously the current crop of mirrorless cameras which can turn out +40 mpx stills as well as high quality video at 4 or 8K match such a description.

A statement such as “DSLRs are going the way of the Dinosaurs and will shortly be extinct” and all the other marketing guff that is put out by camera brands, the media and the ‘fanboys’ raises a question about is this true ?

It might be true just because in the world of electronics, doing away with as many mechanical parts as possible means greater automation in production and therefore profit for the camera manufacturers consequently, the mirrors in DSLRs just ‘have to go’. In addition replacing optical viewfinders with electronic ones allows for greater convenience for the user in terms of the feedback of shooting information and so forth.

However whilst I can accept all that and I am not advocating a reversal and continued use of mirrors and optics for the sake of it, many thousands of fellow photographers like me will continue using DSLRs for many years to come. As we all know that a new camera won’t make you a better photographer and given that the current economic climate will likely reinforce this, older kit is not dead. However on my ride this morning, I came to think about it all from a rather different angle.

I have a number of tripods though truthfully, they don’t get used that much as I prefer to shoot hand held mainly. I much admire the landscape photographer Thomas Heaton who takes a tripod with him everywhere but truthfully, they are not so convenient on a mountain bike ! Whilst I have a truly solid Manfrotto tripod with various heads, I also have a couple of ‘travel’ type tripods which I do use from time to time because I can carry them on my bike and whilst less sturdy in strong winds are, better than nothing.

I had decided recently that I would take out both my M6 MkII and the Lumix G7 plus a tripod to shoot some sequences in 4k video so that I could see whether I could blend footage from both cameras in post production with just editing tweaks as required or would the output be glaringly different ? However for most of this particular week it had been both wet and windy until one morning when it was just windy with some sunshine so I set off with this in mind.

I had no intention of shooting dramatic shots or making a serious video of any kind, just set up by the lake, shoot with one camera and then reshoot the same scene with the other. The results I could then use to edit in Blackmagic’s Da Vinci software because it is only by going through the whole process of shooting plus post that you will learn anything. In the end I seemed to have shot rather more than I needed but that’s probably better than not enough I suppose.

My aim was to do as above just because I need to master this process end to end and it is as good a place to start from as any other but of course once you start down any road of learning, the ‘simple’ can all too quickly become increasingly quite complex. The very worse kind of video to watch is the ‘wobbly, jerky’ kind because it makes it too difficult for the viewer to watch or focus on the content so mounting the camera on a tripod or gimbal is a must.

What I didn’t bother with was an external microphone and although there was no dialogue to worry about plus you can delete the soundtrack in post, mounting a mike with a dead cat muffler on it would have given me the choice of using the sound track recorded with the video if I wanted to especially as the local wildlife was being quite vocal.

It’s Not a Casual Thing

I have heard it said that the ideal in photography is that your picture “Tells a story” in a single image. When it comes to video, that you tell a coherent story with a beginning, a middle and an end is a basic requirement and just thinking around that makes you realise just how many other elements come into play. This was underlined when they did some location shooting locally for some new TV series, it was like the Circus had come to town with all the kit, vehicles and people involved for one day’s shooting !

You need a story that you are going to tell which means that you need to develop a script and storyboards to guide you before you go out and even shoot footage, in fact all the important things that you will do take place long before you actually pick up a camera to shoot anything.

Now whilst I’m sure that many people just wing it and then post the results on YouTube or Tiktock without further thought, what becomes quickly obvious, if you want to turn out videos to a reasonable standard that tell interesting stories, this is not a casual thing to do by any means.

Which Brings Me to…

Apart from persuading people that they could be the next big video star if only they purchased “This particular camera”, in reality just who needs a hybrid camera ?

I can accept that a professional photographer doing action, sports, news gathering etc might well find it useful to be able to supply/sell both stills and video from an event but an aspiring YouTube star ? Hardly because all that the vast majority of them would want is a video camera with a flip forward screen and a decent external microphone, still images not so much.

Even someone shooting weddings, if they were supplying the happy couple with both stills and video would have one photographer dedicated to each format which likely means two types of camera, one for each task. This would be true even if the photographer and the videographer were using identical camera bodies, they would have a totally different objective in using them.

In a sense perhaps Canon has acknowledged this. Their most capable mirrorless camera in terms of the broadness of its specification and capabilities is their R5 model but when first launched it was slated by some for overheating in its most demanding video modes. Instead of sulking about the “bad press” Canon set out to deal with the issues and the result is a very interesting take on the “hybrid camera” in terms of the R5C which is effectively two cameras in one.

They have put a large fan on the back of the body which deals with the overheating issue but far more interestingly is the ON/OFF switch because this a major change.

From the OFF position, if you turn it one way, you are shooting a pure stills camera with all the usual user menus associated with that plus the customization options appropriate to photography. Turn the switch the other way from the OFF position and you are now using a pure video camera complete with a very different but appropriate menu system lifted straight from their “Cinema” line of video cameras.

Now we are not talking about cheap equipment here, the R5 costs £4,300 body only however, to buy into the R5C option only costs an extra £200 which is a bargain for what you are getting, in fact the only compromise by buying the R5C is the loss of IBIS (In Body Stabilisation). In fact if you are one of those people who imagines that they want both high quality stills and video capabilities which the marketing people seem to imagine exist in vast numbers, you would be a mug not to buy the R5C version over the straight R5.

Although I’m often given to random thoughts, when as in this case something catches my attention, I do tend to follow through and try to get together detailed information which in this case meant watching a number of videos on the R5C which led me to another realisation.

In video mode I would really have little idea how to use this camera, haven’t a clue on what all those codecs you can shoot in are even if I worked out all the other tools designed to help a videographer get the results they were aiming for. Even if I could afford to buy such a camera, it would be pointless and just consumerism on steroids, I am far better off using my M6 MkII and my Lumix G7 to shoot in 4k and evolve my ability to develop a story, shoot and edit it and who cares what Log value it was shot in !