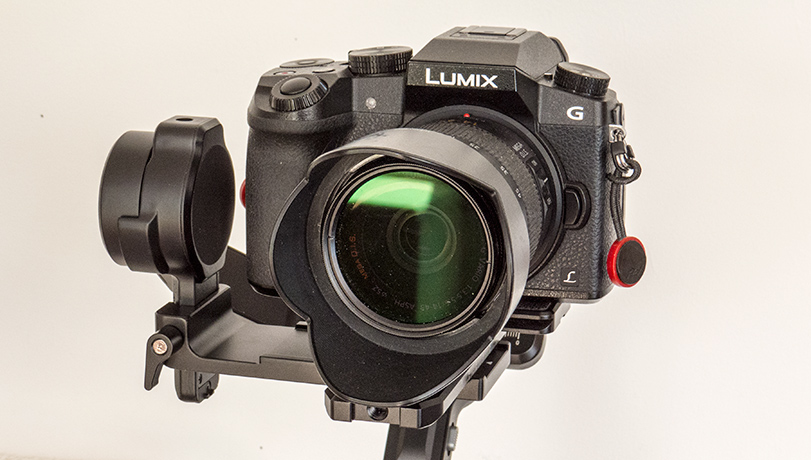 Last year I picked up a camera gimbal in a sale for what I considered a reasonable price. I didn’t need it right then because of the other things I was involved with at the time but I got it because it was at the right price and I had intended to acquire one at some moment in the near future for video work.

The other day I finally got round to making a start on using it, discovering the joys of balancing the thing and so on. Fortunately the company who made it had put out quite a number of tutorials on YouTube to explain the process so I made progress. Although as I was mounting a fairly light camera the Lumix G7 on it, the adjustments seemed rather fine and led me to wonder whether a slightly heavier camera might be better, note to self – Must experiment.

The primary use will be for moving shots which are visually smooth to watch, typically walking doing “talking head” stuff to camera or pushing through undergrowth etc to create a sense on ‘place’. I suppose that gimbals rather like using drones and ‘action cams’ are really useful for providing B Roll or just giving different perspectives on the same scene when shooting a video that can be spliced together with static shots in post production.

To this end I had decided that it would be the Lumix G7 that would go on the gimbal because it can shoot in 4k and for the rest, I will use my Canon M6 MkII which also shoots 4k as the main camera and which likely will be mounted on a tripod most of the time.

Not a Quick Fix

Once you have the camera balanced and connected to the gimbal, the next stage of learning how to use it starts because the device has a few tricks as to how you can use it plus, learning the “gimbal walk” to ensure the smoothest results, this will be amusing. We have a beach that stretches Northwards up the Bristol Channel for some miles, it is very flat at low tide and the locals will no doubt be amused to see this old chap walking up and down practising all these things.

Does this mean that I’m about to launch a series of video blogs in the immediate future ? No, that is not imminent but as with all things, you need to master the craft before you can bother with the art aspects of any creation process and the Summer months might seem to offer the best prospects. It can come down to lots of small things such as do you get better results with lens stabilization turned off or on as an example, it all amounts to doing a lot of it and checking the end results before tweaking your settings again.