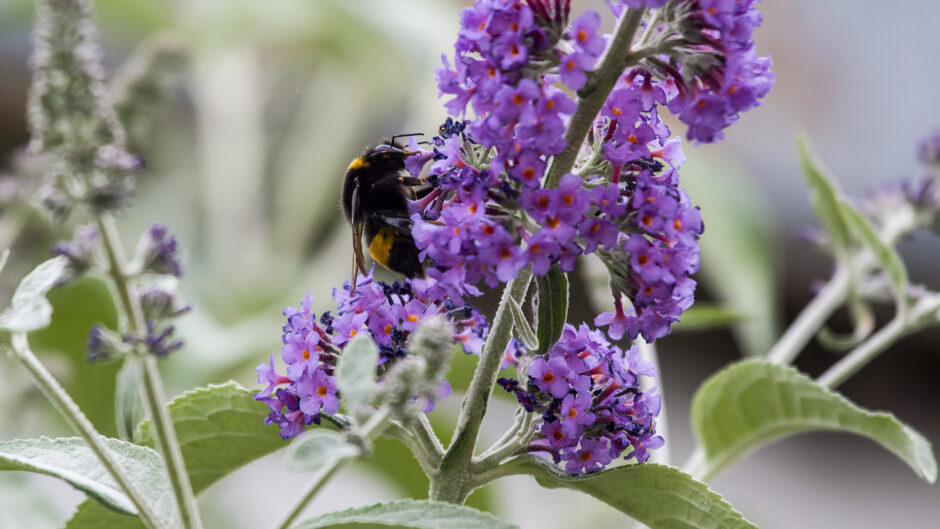 I do try to keep an open mind and acknowledge that the days of DSLRs have surely ended and mirrorless is the future but even as I write this, for me the reality is probably something else. Given my age and being an OAP, I can indulge myself in the sense that it matters not a jot whether I continue to use my DSLRs for stills photography or not, my future is finite and I’m not earning my living as a photographer, I can do as I please.

Now I have written on this before but the reason that I’ve returned to this again comes down to a creature I am very fond of, the Bumble Bee which seems such a virtuous being, always busy. This year has apparently been very dry in the UK with below average rainfall but we have had an awful lot of wind blowing in off the Atlantic which has made it difficult for the pollinators as they go about their work.

Yesterday morning though, on returning from my morning bike ride where I had mainly been using my M6 MkII, the wind had dropped and the Bees were out in force, so mounting my 70-200mm EF lens I set out to photograph them and what a mess that all was. If you are shooting something predictable like cars or motorbikes on a track, aircraft at a show then the M6 MkII is a highly useful ‘action camera’ with it’s ‘tracking’ options but the erratic meanderings of Bees flitting between plants, this is not at all what it is good at.

Roll forward a day when I sitting in my conservatory/office again the wind died down and Bees set to work again but this time though the same 70-200mm lens was the lens used, I grabbed my trusty 7D MkII DSLR and ‘bingo’ everything worked brilliantly as the gallery shows.

There is a momentary blackout on DSLRs but it isn’t noticeable at 10fps plus you can keep following the action through the viewfinder. The problem with my M6 MkII is that whilst it can shoot faster up to 14 fps (it can do 30fps bursts but that’s a whole other thing), it doesn’t really help that much because both cameras need to clear their buffers in burst shooting modes. But with the M6, this freezes the viewfinder with your last image which means you cannot continue to ‘track your Bee’ so that you are on them and ready to fire another burst once the buffer has cleared. The consequence is that the ‘hit rate’ of in focus photos is generally higher on the DSLR.

I am sure that if you pay £2,500 and upwards for the more modern and expensive mirrorless camera bodies now on the market, they will have resolved this with EVFs with faster refresh rates and cameras with bigger buffers for burst shooting but do I want to spend the cash to find out ? I don’t think so even if I had the funds to do so, the kit I already have will do the job for me which is what the Bees are telling me I guess.